Like many businesses, Thomas Sanderson’s potential clients often live in busy urban areas. A fast and efficient way to travel to these potential clients leads to an  how many clients can be seen, and/or the length of time the team can spend with any given client. More time spent with the  often leads to higher conversion rates, more sales revenue, and greater customer satisfaction.

Thomas Sanderson , manufacture and service  window shutters and blinds. 150 self-employed designers (salespeople) service and drive to appointments by car because the current demonstration kits are heavy and bulky. They’re part of the Hunter Douglas Group, global leaders in the shutters and blind industry generating annual sales of $2.6 billion.

The ‘travelling ’ problem is well-known – simply, it is to structure the order of multiple calls for a travelling , and generate their route, to minimise overall travel times. The end result is the closest we’ve came to building a travelling salesman API.

The ‘Multiple Calls and Routing’ feature enables Thomas Sanderson to make a financially sensible business decision that’s also socially responsible. The team at Thomas Sanderson are now exploring further ways to use TravelTime in other parts of the business, such as surveying, and maintenance.

Thomas Sanderson designers currently use bulky demonstration kits, which necessitate travelling to appointments by car. Although London offers Thomas Sanderson a big potential (enquiry levels are high, and the average value of each London sale is high), the conversion rate is lower in London than in the rest of the country.

The reason is simple; the sales team need cars to carry the sales kit, and road times are high because of the congestion. The longer the time-lag between the appointment being arranged and the  arriving, the lower the conversion rate.

Outside London, where driving is easier, the time between arranging the appointment and the sales call itself is 5 days; in  it’s 10 days and growing as traffic in London grinds to a halt.

To minimise the time lag in London, Thomas Sanderson is developing sales tools and techniques to reduce the size of the demonstration kit the team use. 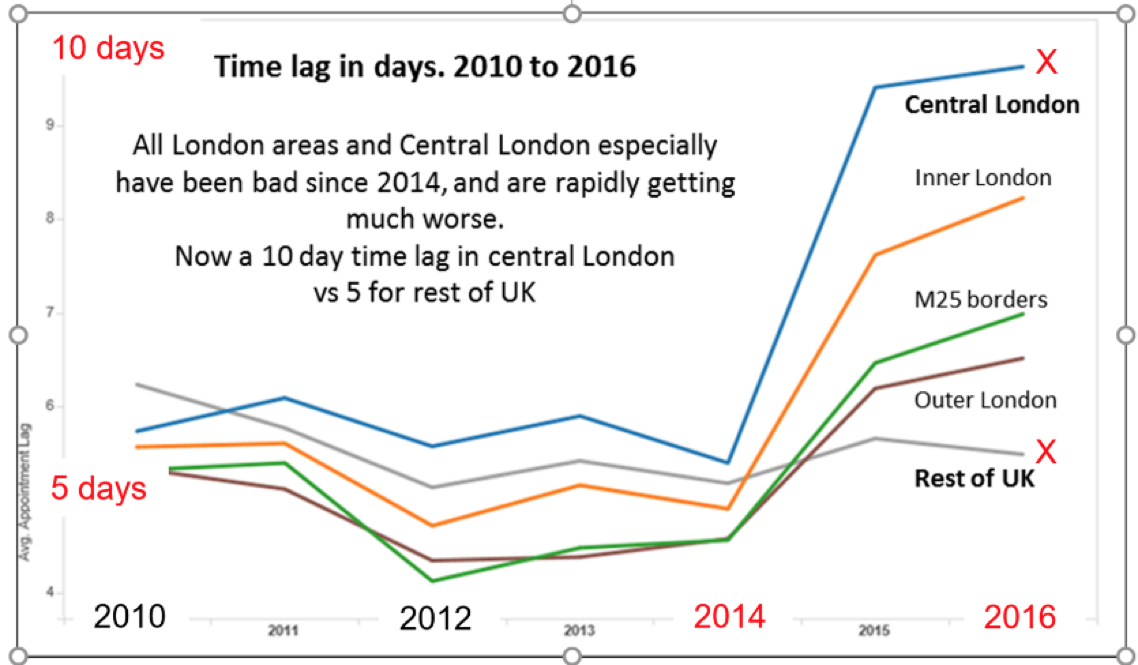 Once fully deployed, this ‘Metro Kit’ will make it possible for designers to travel by public transport.

TravelTime allocates calls efficiently amongst a sales team, then routes each team member around their allocated calls, by public transport (and all other modes). Thomas Sanderson trialled this feature in Spring 2018 by comparing door to door travel times by car and by public transport in South London.

Drive times included the real time to find a parking space, buy a parking ticket, get the kit out of the car and walk to the appointment. Public transit times included waiting at bus stops and train or underground stations.

It worked. In the  public transport was always as fast as driving, and often faster. Much faster. And of course, it was always cheaper, created less pollution, less congestion and used no parking spaces.

“The accuracy of the drive time and public transit data supplied within the TravelTime API meant we could make informed decisions about the future direction of our business. The platform helped us rethink how we plan sales appointments, plan the hiring new  and plan how we travel to the customer. These decisions have the potential to generate millions of pounds of additional sales each year”

Thomas Sanderson used TravelTime to discover how they could reduce the time lag between setting up an appointment and making the call in an urban area. Routing field teams by public transport in urban areas  them there faster leading to millions of pounds of additional sales each year. More time with the client (or seeing more clients) increases conversions and unlocks potential revenue.

Are you interested in creating a sales routing platform using travel time? We can optimise 1000s of sales people, engineers, nurses and more using the TravelTime API.

Our 10 favourite blogs to help with office relocation. Moving office guides to analyse potential areas for your office and plot staff addresses and manage time effectively when relocating.

How to personalise your geolocator to improve user experience

Design your geolocator to improve user experience. Consider user journey when requesting geolocation from visitors to your site. Use geolocation to help users discover your services.