We as Richard Rowson, creator of 3 different TravelTime apps, to get a sneak peek into the development process when creating a time-based application.

"I built three separate apps using TravelTime in a day" 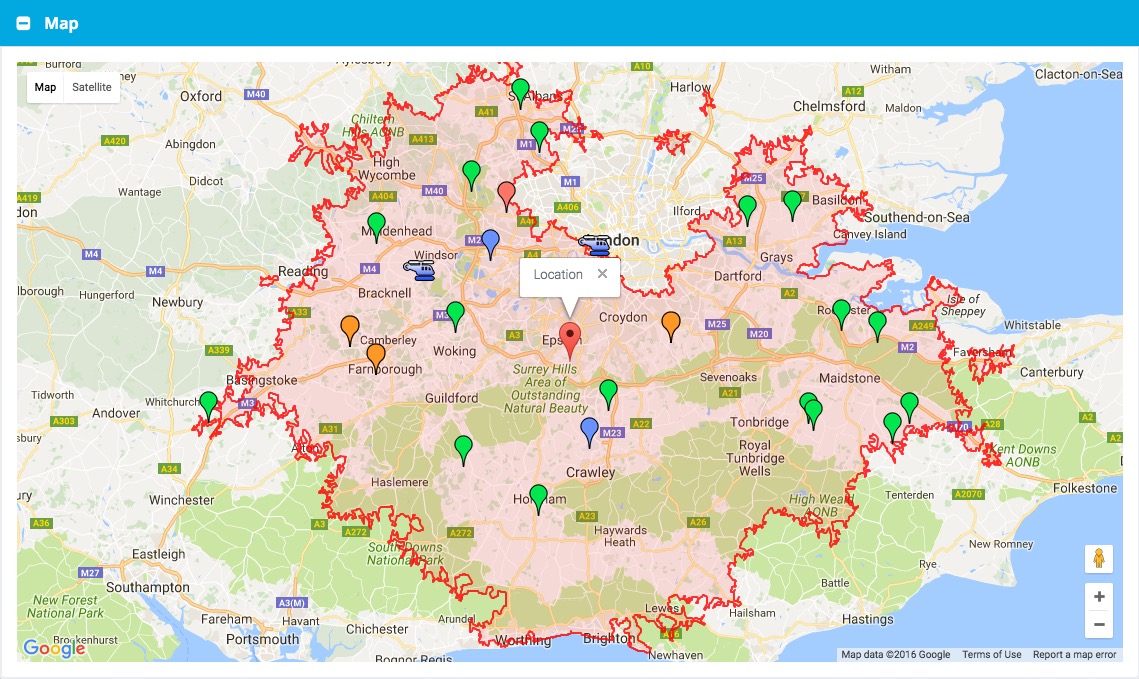 This is a prototype app, aimed at pilots of light aircraft, to help them locate a suitable airport near to a place of interest.
There are hundreds of small airfields across the country – and whilst these generally appear on aviation charts, they are often named after small local villages and difficult to find on road maps. Say you want to get to Sheringham – this app will identify suitable airports within a short taxi ride away (or public transport if you prefer).
Whether it is a flight for a recreational day-out, or a private charter to a business meeting, it makes finding suitable airfields easier.

I’ve worked with journey planners for over 15 years, and have a passion for visualizing data – so when TravelTime became available, I was keen to put it to work to see its capabilities.

How long did it take to build?

I built three separate travel time search app in a day – leveraging a range of existing libraries and templates.  In addition to this one, I built one for comparing commutes by road and train and one for finding ‘days out’ ideas within a tolerable travel time. They all use the same underlying structure, just using different lists. 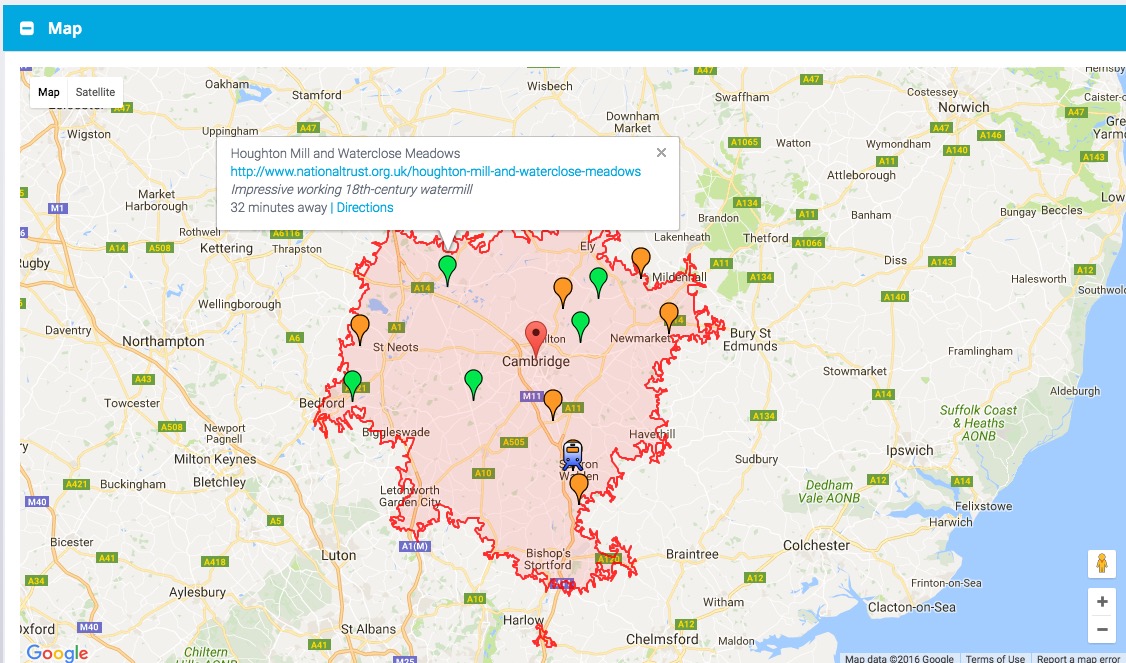 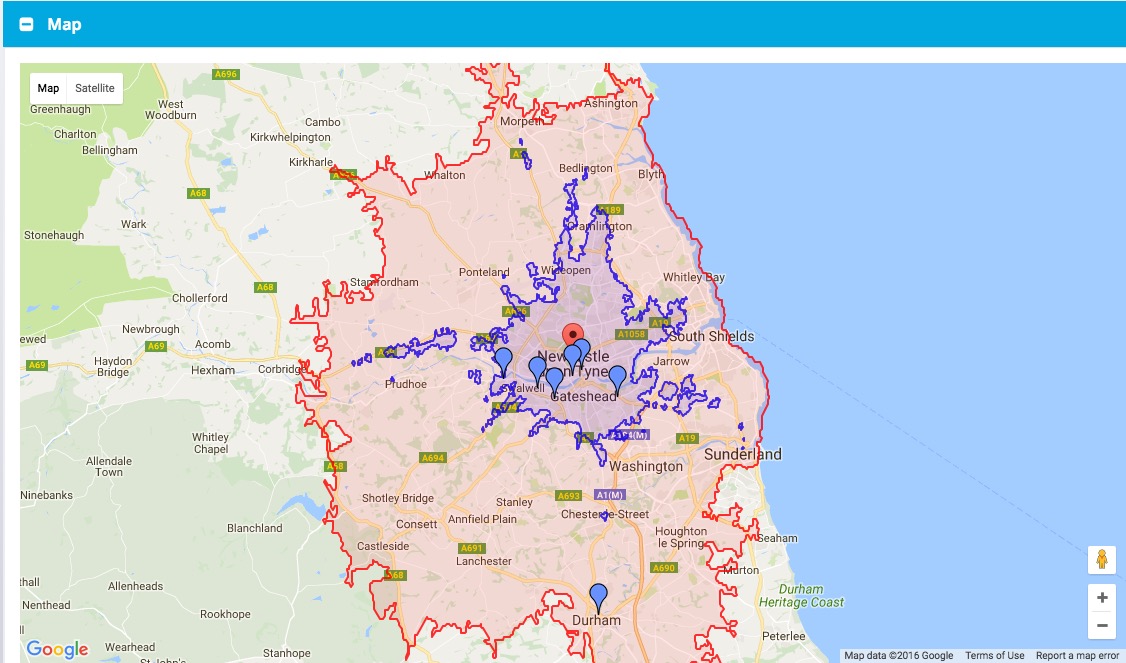 The app also uses Google Places Autocomplete API for entering locations, and airport data from Our Airports. The front-end is based on Bootstrap, JQuery and uses Google Maps.

The app was primarily built as a proof of concept to demonstrate the capabilities – but has proved useful on a few occasions amongst fellow pilots seeking to arrange a charter or just organise a day out. The next steps are to improve the information about the airports – such as opening hours and facilities such as fuel.

Interested in making your own travel time search app? Get an API key and begin testing free.

The guide to TravelTime API limits

Discover the volume of searches you can do per month and per minute on the TravelTime API free plan. You can use more than one search in an API request.

Geocoding for Leaflet. Learn how to use a geocoder that is Leaflet-compatible. Convert addresses and postcodes into coordinates to be displayed on a Leaflet map.