Commute time data can be used to show employers and employees that an office relocation is a good idea. Employers can use the data to explain why the move will not impact employees. Commercial real estate developers can use it to persuade businesses to move to this location.

Data analysts can compare times from employee homes to office locations in a matrix. The example below explains how location data can attract businesses to a development.

Why is commute analysis important?

Bristol and Bath Science Park opened in 2011 after a £300 million investment. The park is towards the north of Bristol, 30 miles away from the city centre. The park immediately began to talk to city-based science and technology firms about moving in. These firms asked if the move would impact staff retention. Analysing the daily commute for each employee was a large part of the answer. The park needed to show that relocating from the city would not impact the businesses’ staff turnover.

Commercial real estate providers must have hard evidence why the move is a good idea due to the cost of a move. Before selecting an office, these employers must assess if staff turnover is likely to increase. Commute data helps businesses quantify if rehiring expenses will be likely.

Using the potential tenant’s employee data, Bristol and Bath Science Park calculated the drive time between every employee's address and the existing office location in a CSV column. The next column showed the employee commute time to the potential new office. The final column showed the differences between the two office commutes. The business could see who would be affected by the move. The data could also show average commute times.

The software can also calculate the cost of travel or times based on different modes of transport.  It can also analyse the impact of commuting at different times of the day such as peak and off-peak times.

The image below is sample data from an example TravelTime Analysis.  Actual employee location data is proprietary. 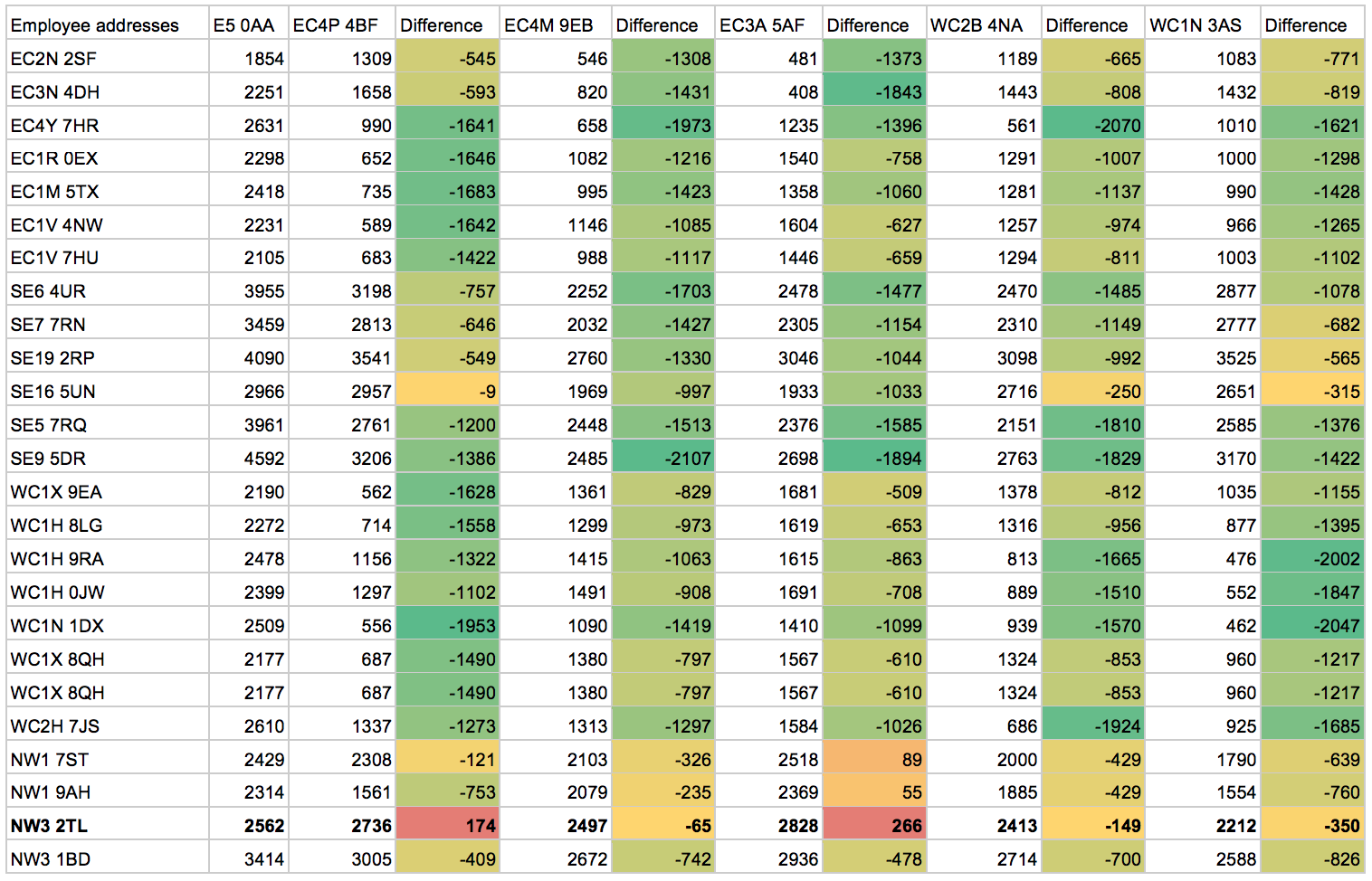 TravelTime identified that nearly all employees with longer commutes lived in 3 clusters. The firm and the park could then consider providing a dedicated coach with Wi-Fi facilities and workstations. This means their commute could be part of the working day.

The image below is sample data from an example TravelTime Analysis.  Actual employee location data is proprietary. 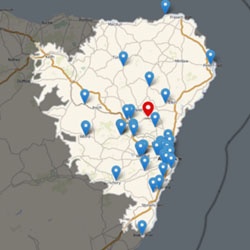 The best commute to the science park for each employee was plotted. This will help the potential tenant analyse each employee’s journey when deciding where to move. Further down the line if they accept, this can be used to communicate the move to employees.

Bonnie Dean, Chief Executive of Bristol and Bath Science Park says “Analysing the staff commute times allowed us to persuade the potential tenant that the actual impact of moving locations had a much less significant impact on staff than they thought. TravelTime Analytics has been a significant asset in our discussions with this occupier.”